Koichi "Mickey" Namiki (who has also had the nickname "Pretty K.N") is an oddly system-specific composer. He's also old guard as far as video game composers go, starting in 1987 with the game Super Hang-On, which he composed with Katsuhiro "Funky K.H" Hayashi and Shigero "Recruit O" Ohwada. For eight years, he composed solely arcade games, mostly ones published by Sega.

The soundtracks to many of Namiki's older games have the same style: they're not the strongest in the melody department, but they have enough hooks to get through the song and just groove along. Rail Chase stands as the most notable exception with its almost adventure movie-style score.

Starting with 3D Shooting Maker in 1996 and reaching until his most recent game credit, Akudaikan 2 in 2003, he composed solely for the PlayStation and PlayStation 2 systems, with the exception of 2002's Magides Fight for the Xbox. Even though he composed more games during this second time period, fewer of those games were released in the U.S. or even had soundtrack releases.

Namiki was a member of the S.S.T. Band, Sega's official band composed partially of Sega composers who played rock arrangements of different songs from Sega games. He was one of two guitarists in the band (the other was Jouji Iijima, who composed the soundtracks to Galaxy Force II and Zero 4 Champ RR), and played for the full five years that the band was active. In some of his later compositions, Namiki wields his mighty axe. 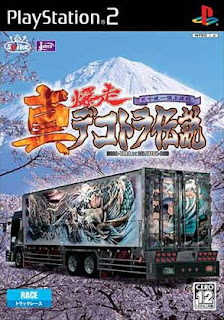 I did mention in the first line of this post that this should be called "Sales Pitch #2," so let's get to that. Over the past couple of years, Sega's Wave Master sound development studio has released soundtracks to classic Sega video games, such as the Monster World and Outrun series. They have also started the "SOUND!SHOCK SERIES" of albums, the first of which was released this month, SUPER HANG-ON 20th Anniversary Collection. In addition to the soundtracks of Hang-On and Super Hang-On (of which Namiki composed three tracks, including "Winning Run" above), the album also includes five new arrangements, one by Hiroshi "Hiro" Miyauchi and four by Namiki, all of which rock.

The second album in the series, Galaxy Force II & Thunder Blade Original Soundtrack, is set to be released on the 26th of this month. I mentioned Galaxy Force II and Jouji Iijima, its composer, earlier; its style of music is actually quite similar to Thunder Blade's. This album will have another four arrangements by Miyauchi and Namiki. Both albums are available from VGM World, along with the ten disc Game Sound Legend Series Box 2 ~Platinum Box~, which contains the soundtrack to Bonanza Bros. and many, many more games.

Play-Asia.com has the GUITAR FREAKS 2nd MIX ORIGINAL SOUNDTRACK, which consists mostly of tracks from GuitarFreaks 2nd Mix, but also has three tracks from the original GuitarFreaks, all written by Namiki, as well as extended versions of each. Also available is SEGACON: The Best of SEGA Game Music - Vol. 1, which also contains the soundtrack to Super Hang-On, as well as those of other older Sega games.

Finally, CDJapan might have a copy of Bakusou Dekotora Densetsu 2 ~Otoko Jinsei Yume Ichiro~ Original Soundtrack. ("Usually ships within 3-7 days" means that CDJapan doesn't know if the distributor has any in stock, but if they do, it'll take about 3-7 business days to ship.) The tracks are all vocal like the sample above, and there are four vocalists other than Shoji Koganezawa.