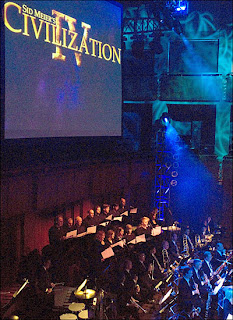 While attending Video Games Live in Washington, DC this past June, I saw some young reporters from NPR interviewing fans for an upcoming story. Checking around the web, I finally caught onto the story, having been released about a week ago by Benjamin Frisch in both written and broadcast form. They're two different presentations of the story, so check them both out.

Joystiq's Justin McElroy (employing the royal "we) had me laughing with his observation of one portion of the broadcast version:

We have to admit to being a little bit perturbed by the tone of the reporter, who appears to be mystified by the idea that anyone would be in the seats. "Why is video game music so compelling to these people?" he wonders aloud, the disdain deliciously audible.

Sure, one could interpret it that way, but I'll give Ben the benefit of the doubt, as the tone of his question is mean to evoke what a casual listener may be thinking, and may not necessarily be his own point of view. We may never know, but I also don't lose any sleep over it.

OverClocked ReMix's djpretzel was interviewed for the article, but in the final cut NPR went for a generalized angle on video game fandom and the increased attraction it's brought to the orchestra rather than the rise of the profile of video game music. More's the loss, I say, but I have my preferences. :-D 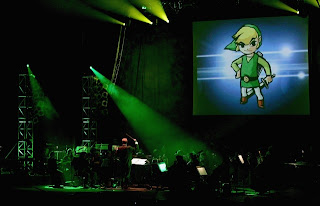 Tommy Tallarico reasoned that Beethoven would have been a video game composer, which has gained some criticism from various people who've encountered the article. While Tommy was wildly speculative in his assertion, when you think about it, it is really that far out there a scenario? Not to merely be biased toward video game music, but when one thinks about the decline of the traditional symphony in terms of attendance and cultural relevance, you realize that orchestration remains healthy in the mediums of film, television, and video games.

As mentioned, the story is still a good read and listen, even if the overall tone of the piece is very much in layman's terms. Give it a look and see what you think. And the next time Video Games Live or PLAY! or Eminience shows up in your town, make every effort you can to head on out there and partake in the experience.