Some of you might remember me from my days of guesting as Larry's friend, and later Larry's Lady, on his radio show. Back then, I was what people might call "a hater." 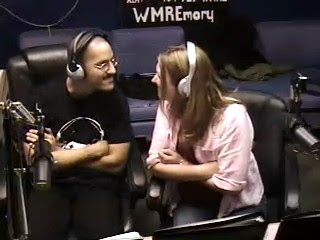 Most of the video game music I had heard back then was stuff I didn't like. It was too electronic, not very compelling melodically, and I wasn't familiar with most of the games being referenced to appreciate VGM even from a nostalgic perspective.

Back then, Larry was diligent in his effort to bring me over to the dark side. We had always shared music we liked, and Larry refused to see VGM as a point of departure in taste like the Beastie Boys.

Why is it that every guy I know creams himself over that band? I'd much rather listen to "Lonely Swedish" than "Brass Monkey" if I had to make a terrible choice in hell or Abu Ghraib.

My esteem for VGM, well, more accurately, OCR, grew slowly, hesitantly. Perhaps, it was my pride, or my general tendency to be sparing with my praise, but upon hearing a track that wasn't offensive, I would say something like "not terrible," or shrug my shoulders non-committally.

Over the years, as the musical selection available at OCR grew more diverse, and the quality of musicians and production increased exponentially, I found there were more and more instances where I would begrudgingly say "I don't hate it."

And then, one fateful day, the sky fell in and I actually liked a song...in fact, I liked it so much, I unabashedly added it to my iPod. 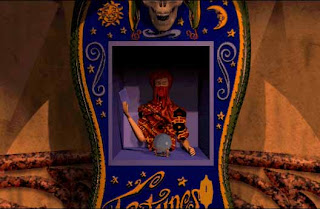 Israfel (aka Michael Dover) gets full credit for the dastardly deed, with his most appealing "Cerebral Rose Jam" from the game, Shivers.

When djp wrote his write-up of the ReMix, he was on target when he said, "I'd imagine this ReMix will get more listeners from fans of Israfel than of the source material."

What I loved about this mix was how atmospheric, exotic, and totally unexpected it was. Not to mention the fact that you can lull yourself into a gratifying stupor listening to CRJ on loop.

It's a pretty moody mix, that alludes to summer evenings in Cairo, smoking a cheroot as you wait for your "man" on the dig to bring you a souvenir from King Tut's Tomb.

It's also damn sexy, and I wonder if Israfel didn't spend his nights dreaming of someone special's flat, sweaty tummy as he added in the darbuka (I think), finger cymbals (possibly tingsha), and jingle bells.

There's lots of space in this track, which is what I think makes it so successful compared to other instrumental versions of "Middle Eastern-like" music, where usually the rhythm is so driving it's hard to really immerse yourself in the theme.

In that respect, I think Israfel's got a good vibe going on of what is very similar to maybe some Rabih Abou-Khalil's Blue Camel and Sufi trance music. 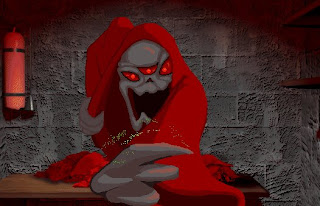 Now my suggestion to the haters, or, ahem, lovers as it were, is to pick this track up from OCR, put it your Winamp and turn off the lights. It will give you the "shivers."

So, folks, if you like this, I'll come back regularly with other songs I, the nay-saying mistress of mainstream (and mystical world music), actually like.